Cruelty-Free Shopping – Finding Products that were not Tested on Animals

Animal enthusiasts often ask if there is any way to be sure that the cosmetics, personal care items and household goods they purchase have not been tested on animals.  While many companies make these claims (sales usually rise in response), recent scandals have revealed that abuses abound.

Unfortunately, in the US, legal standards that must be met before the label “no animals were harmed” can be attached to a product do not exist.  Frequently, distributors make such claims even though many of the product’s ingredients were tested on animals – after all, they reason, the seller itself did not test the final product on animals!  Sad but true. 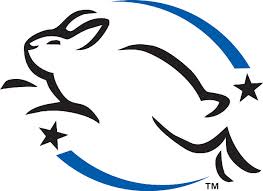 A group known as the Coalition for Consumer Information on Cosmetics was formed in response to the lack of effective laws and guidelines in this area.  Many of the world’s best-known animal welfare organizations, including the 10.5 million-member Humane Society of the USA, are actively involved in its operation.

The Coalition for Consumer Information on Cosmetics (CCIC) inspects companies that wish to be certified as “cruelty-free”.   In order to qualify, a company must prove that neither it nor any of its ingredient suppliers utilize animals for research.  So, for example, if 2 dozen chemicals go into the making of a kitchen cleaner, the suppliers of all 2 dozen chemicals must utilize non-animal testing methods.  In addition, all products carried by the company seeking certification must live up to the same standard.

Those passing the CCIC’s rigorous inspection are entitled to display the group’s “Leaping Bunny Logo” (please see photo).  This symbol, which is used in the USA, Canada, Great Britain and the European Union, is widely-recognized as evidence that animals are not used in product testing.  As of now, it is one of the few ways that a consumer can be absolutely certain of this fact (cosmetics testing on animals is banned in the Netherlands, Belgium and the UK; the European Union is in the process of following suit, but there are legal challenges).

How Consumers can Help

Animal welfare groups are growing in strength and influence, as more and more people become deeply affected by the plight of animals that are injured in the name of better eye creams and such.

The CCIC now provides support to stores that stock “cruelty-free” products.  It also supplies information to consumers and sample letters for folks wishing to encourage stores and companies to deal only in products that have not been tested on animals.  CCIC has also created an app for Iphone and Android users, where you can look up product information by barcode while shopping.  Take the leap, and go cruelty-free, today.

Previous: Pot-Bellied Pigs – The Other House Pet
Next: A Hamster by Any Other Name (is still a Syrian Hamster)